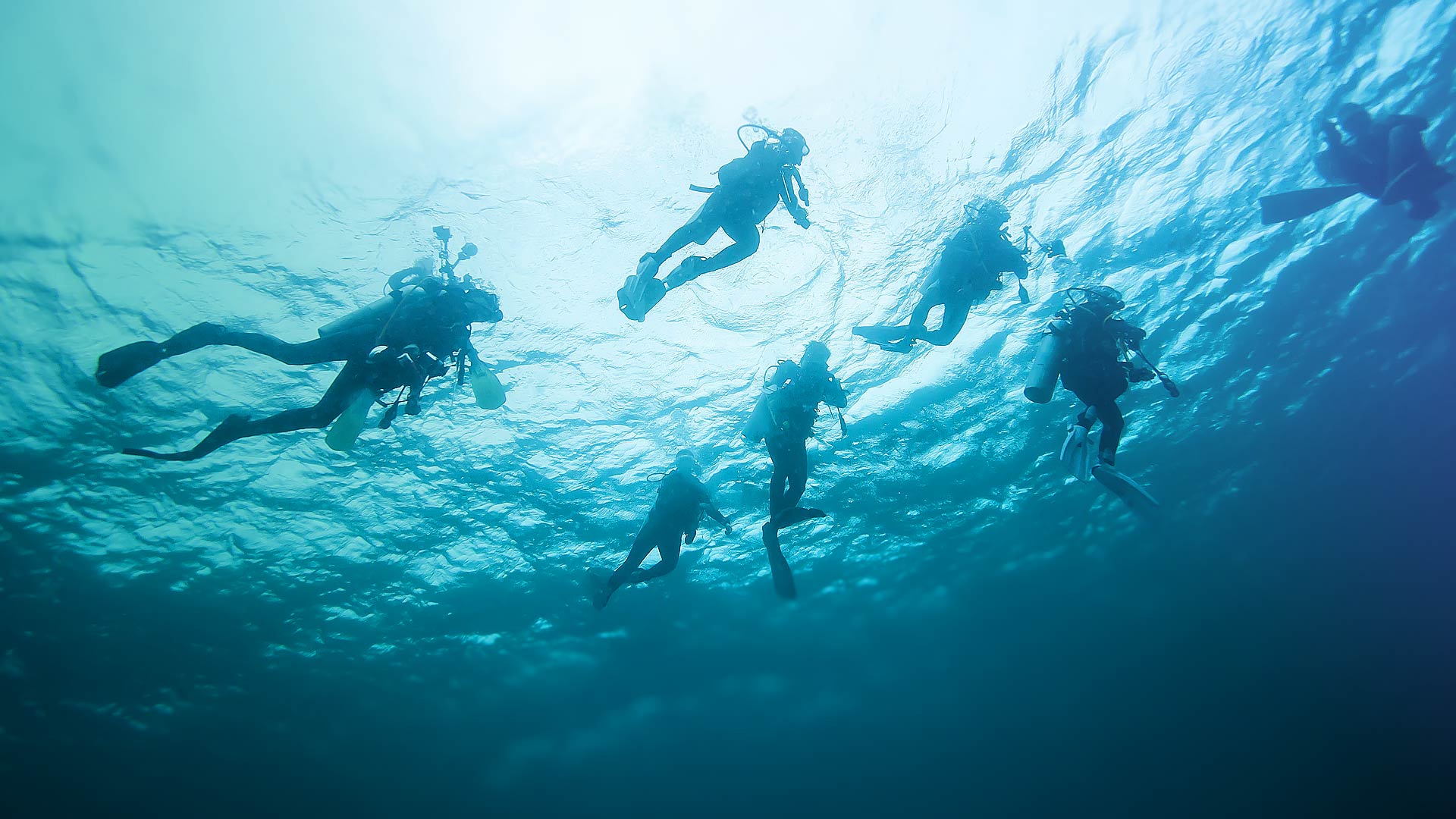 The Expedition Researchers and Crew

The Great Barrier Reef is a hub for research and exploration. A select number of scientists and explorers have joined David on his expedition across this wonder of the natural world. In this section, you can learn more about them and their work.

Professor Gregory E. Webb is the Dorothy Hill Chair of Palaeontology and Stratigraphy in the School of Earth Sciences and a past president of the Association of Australasian Palaeontologists. He is a carbonate sedimentologist and palaeobiologist who specialises in ancient and modern corals, coral reefs and microbialites (rocks made by microbes). He obtained his BSc. (highest honours) and MSc at the University of Oklahoma and a PhD at the University of Queensland. He has published more than eighty peer-reviewed research publications and specialises in interdisciplinary approaches to address problems in palaeoclimate, palaeoecology, biological evolution and the chemical evolution of the Earth and life.

Director of the Global Change Institute

Professor Ove Hoegh-Guldberg is the inaugural Director of the Global Change Institute at the University of Queensland. He is undertaking pioneering work to see how coral reefs will cope under the stresses of climate change. By replicating in controlled tanks the conditions predicted in 100 years based on current trends, Ove can make accurate predictions on what affect climate change will have on the corals Great Barrier Reef.

A coral scientist at the Australian Institute of Marine Science and the University of Melbourne, Professor Van Oppen's work is pioneering the way of selectively breeding corals to help them cope with the effects of climate change. In this way, van Oppen's team hope to perfect a last-chance solution to repopulate damaged reefs with more resistant coral.

Fiona focuses her research on the conservation of marine ecosystems. Her most recent work has studied seabirds of the Great Barrier Reef as they are ideal subjects for sampling remote areas of the ocean and excellent models for investigating climate-driven changes to the marine environment. Fiona has run a 4 year tracking study of Wedge-tailed shearwater populations on Heron Island, a critical breeding and feeding location on the reef. Using cutting edge tagging techniques, Fiona tracked their 7000km migrations to the Mariana Trench in the northern Pacific Ocean and has identified their critical foraging locations on the reef used during the breeding season.

James Cook University's Dr. Alastair Birtles has been studying Dwarf Minke Whales for 18 years. He was one of the first scientists to discover them on the reef in the 1980's and has since dedicated his life to finding out more about these friendly whales and tracking their incredible journeys.

Ben Potts is the Boating and Dive Officer at the University of Queensland's Heron Island Research Station, a position he has held since 2014. Ben has been a regular face on an Island with an ever-changing population of scientists. As a result he has got to know the island like no one else, offering him a unique insight into life on this paradise island.

Buck Taylor is one of the world's most experienced submersible pilots. He has spent over 10,000 hours beneath the waves exploring oceans all over the world. It is his job to pilot the state-of-the-art Triton submersible on board the research vessel Alucia.

Lyle and Anne became the Research Station's fourth set of directors in August 1990. They were honoured in 2014 by being made Members of the Order of Australia for their service to environmental research and conservation. They are married and have a son, Alex Vail, who was four when they moved to Lizard Island. Alex completed a PhD in marine behavioural ecology at the University of Cambridge and his research, as well as family ties, brings him back to Lizard Island occasionally.

This site is best experienced on a desktop, laptop or tablet